2020-03-16
Since ancient times, jewelry boxes have become the focus of generations. Sometimes, the jewelry box is much more gorgeous than jewelry. A jewelry box can be a work of art, so it's also an excellent collection. Let me introduce the development history of jewelry boxes.
1900-1910
Although the jewelry box is an ancient invention, it really became a household name in the early 20th century. Due to the industrial revolution, more and more people can afford rings, necklaces and other jewelry boxes, which means that the jewelry market has exploded. The market is full of various jewelry box designs.
One of the most popular styles of the early 20th century was Art Nouveau, a style that promoted natural materials and elements. Rich wood tones, embossed glass and mosaic patterns all convey a sense of organic luxury. In the late 19th century, designers EmileGall and others inspired designers such as N.B.Rogers and Jennings Brothers to create a series of Art Nouveau styles that are widely sought after by contemporary people.
1910-1930
The elegance and luxury of Art Nouveau remained popular in the decades that followed, continuing in the design of Tiffany Studios in the early 20th century. Tiffany Studio has been making jewelry boxes since the late 19th century. It was not until 1910 that Tiffany Studios significantly expanded the design range of jewelry boxes and introduced a wider range of styles.
At the same time, Art Nouveau's main rival Art Deco debuted. In stark contrast to the elegance and luxury of Art Nouveau, Art Deco celebrates the amazing nature of geometric shapes through inlaid or carved wood to highly polished metal. The elaborate and streamlined jewelry boxes are both striking and sculptural, making them useful both as jewelry boxes and as stand-alone display art.
1930-1940
The luxury of jewelry box designs in the early 20th century encountered new austerity in the 1930s. The First World War restricted the access to basic materials. The Great Depression of the United States silenced the economy and made the luxury of 1910-1920 disappear. Although jewelry is still popular in milder cases, as are jewelry boxes, there is a greater emphasis on economic design boxes and cost-effective materials.
One of these developments is bakelite. Bakelite design plays a role in the shape of the Art Deco era, while also being more cost effective. Therefore, they still admire collectors and praise minimalism.
1940-1960
In the 1950s, the modern design style had completely replaced the streamlined style of bakelite. In styles designed by international teams including American designers Herman Miller and Paul McCobb and Danish A. Bender Madsen and Ejner Larsen, this style covers everything. These designers follow the ancient motto "form follows function" and seek a simple and stylish way to eliminate the ornate or classic themes of previous times. Instead, they value simple geometry and bold colors. As the uniqueness of the design of the mid-century, jewelry boxes and dressing tables of this era are usually integrated directly into large-scale furniture, and this integrated element makes the furniture more diverse.
1960-1970
By the end of the 20th century, key themes of early jewelry box design paved the way for diverse styles. Similar to the classic silver engraving jewelry box popular in the early 20th century, combined with modernist methods and materials popular in the 1960s and 1970s, samples of styles and decorative patterns were formed. Of course, these enduring designs are still very popular. From the bold patterns of the famous Italian designer Emilio Pucci to Hermes's iconic lines, these designer jewelry box designs show that even the biggest designer needs to find inspiration from contemporary culture.
Since ancient times, the demand for jewelry boxes has not decreased. As can be seen from the jewellery box designs of the 20th century, they are works of art just like earrings, rings, bracelets and necklaces. Whether you are an avid jewelry lover or just looking for a catchy container to start with, a jewelry box is sure to satisfy all your needs. 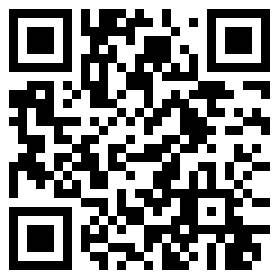